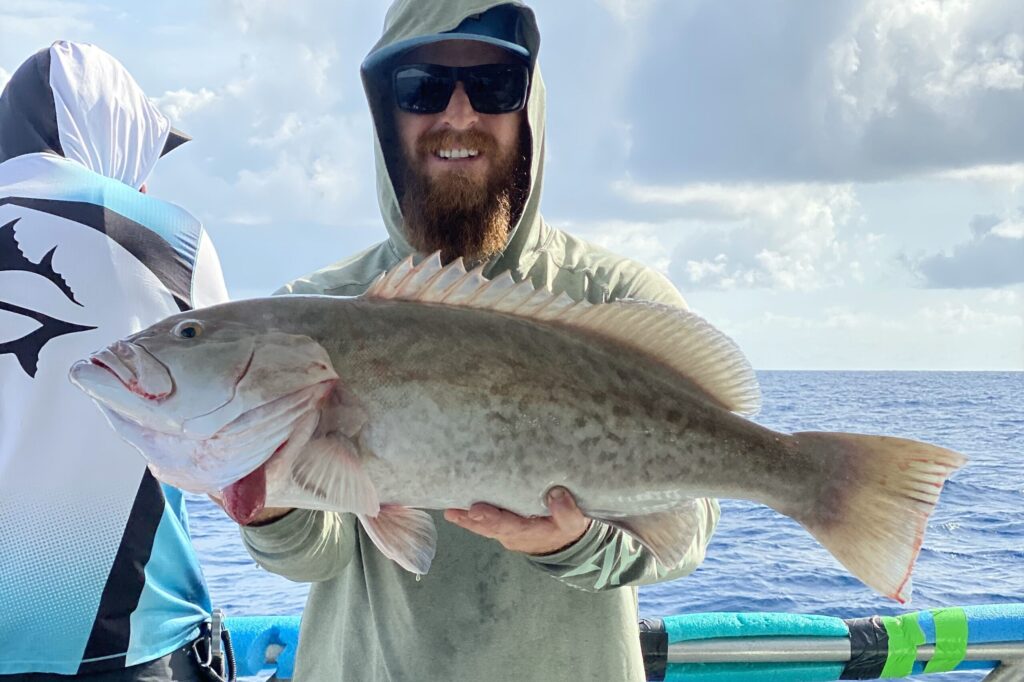 Red Tide continues to improve around the area while remaining fairly high around Johns Pass unfortunately. We still have tons of fish around they are just more picky and less active. However, the Tampa Bay area overall looks nearly clear while most of the low to background level readings are mostly along the coastline and intercostal waterways. The HUGE CONCERN though is all the rain lately is continuing to fill up those piney point ponds and there’s rumors they may have to do another release into the bay which would be catastrophic in my opinion. However, for now the situation overall seems much improved. Keep an eye on the forecasts and reports via this link if you are interested -> http://ocgweb.marine.usf.edu/tbm/hab/

Mackerel action is going well along the beaches, at the mouth of the bay, around local passes, and the Bridges of Tampa Bay. Look for them earlier in the morning around these areas holding bait where water is deeper and good tidal flow is bringing a little cooler water. Most of the time it’s easy to spot the mackerel action because there will be birds working the bait they have schooled up to the surface. Use faster moving flashy lures with a quick retrieve only pausing occasionally to allow the lure to sink a bit and keep it lower in the water. A trick to keep it from skipping the surface on a quicker retrieve is to let it sink down when it first lands and also keep your rod tip as close to the surface of the water as you can or pointed straight down if fishing from a bridge or pier.

Jack Crevalle are really showing up in the area in more concentrated numbers which are often surprising when fishing the flats, mangroves, docks or around the bridges. If you’re looking for birds to find mackerel sometimes it may be a big school of these jacks instead of mackerel which brings tons of fun too. Jacks will hit just about anything you throw at them and when they are in a frenzy even a bare hook with some weight and a blade of grass with get you a fish! Plus, they fight so well they really make an enjoyable time for any angler. I always keep a rod rigged in ready in my office this time of year if I see them start to roll through the pass nothing better than a nice jack hook up to get your blood pumping. Like mackerel fast retrieve with a heavier flashy lure, spoon or gotcha plug is a great option for a fun to fight Jack crevalle.

Mangrove snapper are still thick around the area and local docks, piers, bridges, jetties and virtually any structures are producing good size and quality. Deeper water from 8ft and beyond is where we are seeing the bigger mangroves but even against the seawall you will find these fish just the overall size gets larger the deeper you venture. Around the bridges, rock piles and shipping channel of Tampa Bay are where we are seeing nearly offshore class mangroves being caught occasionally. Use that lighter tackle and pieces of shrimp or cut greenbacks for bait.

Snook action is steady around the area. We are seeing good numbers of fish still on the beaches and around the passes. However, the major concentration of snook seems to be lately moving back to the grass flats, mangroves, and canal points on the way from the passes to the back bay flats. Study the area and look for combinations of moving water, shade, wave or current action and cooler temps like the early morning or dusk or overnight for the best snook action. They are opportunistic feeders when the water is so warm trying to expel as little energy as possible while hanging in an area with the most dissolved oxygen content like that shady area, moving water, or where waves or current is disturbing the surface enough to provide more oxygen entering the system.

Redfish action is red hot lately with one of the best redfish bites this time of year we have seen in a very long while. They are loving the crustaceans like shrimp and crabs but will eat fine on the cut bait or soft plastic paddle tails. The incoming tide around the passes seems to be the best time to target them fishing those areas when fresh gulf water pours in the bay which brings more cooler oxygen rich water along with it. Back in the bay look for them around the shade of the mangroves, docks, or bridges or in the early morning around the flats, oyster bars, or dock lines.

Trout action is going best around those deeper flats in the 5-8ft range. Deeper water means they can tuck into cooler waters and more current can move through bringing again cooler waters with fresh oxygen rick water. The warmer waters hold less oxygen so during the heat of the day the trout will hang in holes, on the edges or at deeper flats to find that cooler more oxygen rich area. Plus, like snook they are more opportunistic this time of year too. At night, the dock lights tend to fill up with hungry more active trout especially this week on the new moon phase the dock light fishing and bridge light shadow lines should be loaded down with trout on the surface, occasional snook and redfish towards the bottom.

Mangrove snapper are coming up in a steady clip near shore around 60-100ft of water. We are seeing some steady action and some overall size that is impressive. However, like the red grouper the bigger fish seem to be most common the deeper you go. Keep that lighter tackle double snell rig ready with 30-40lb test leader and 4-5ot hooks using cut thread fin. You can also use around a 30lb leader and a single hook with live shrimp or a smaller chunk of threadfin or squid to target the near shore mangrove snapper that get more pressure and tend to be more leader shy in those shallower brighter near shore waters. With the new moon action this week we should see more mangroves biting better during the daytime hours.

Lane snappers continue to bite well near shore from around 50-100ft of water we are seeing steady lane snapper on a variety of baits. Shrimp, cut threadfin or even squid works to target the lane snapper. These guys will often be found around similar structures as the red grouper and are a great bycatch when targeting the mangrove snapper using that same set up rig wise recommended above.

Gag grouper action is very tough near shore right now overall unless you’re up in the bay around the shipping channel or passing near shore waters to head out deeper. Lots of these guys get broken off near shore when targeting the snapper or hogfish using light tackle and often the spinning gear. Remember, spinning reels have higher gear ratios and the higher the gear ratio like 5 to 1 or better the more speed your line will retrieve with but the less torque or power. The lower the gear ratio, you may have more power and torque, but your speed greatly diminishes. If you have the budget a two-speed convention solves this dilemma, or you could use a more medium gear ratio with a solid drag to get the job done until you can get that two-speed set up.

Mahi mahi are still the near shore pelagic action right now. We are seeing the occasional peanut or chicken dolphin show up alongside the boat while bottom fishing. You got to be ready with the pitch rod to cast out if you see them swim up or swim by.

Amberjack season continues for another two months plus right now the triggerfish season is still open as well! Great time to head out deep for a chance at some amberjack and big triggerfish beyond around 140ft of water or more. The deeper you go the bigger the jacks and triggerfish will be. Plus, when fishing deeper our chances for the gag grouper bite to pick up for us is more common.

Red grouper are really biting well right now, but you’re still wading through a lot of the undersized red grouper to get to the keeper fish. Make sure to get them up quick, get them dehooked using a nice dehooking tool (https://shop.hubbardsmarina.com/shop/Tackle/Tools/p/Hook-Extractor-Barracuda-85-x56386466.htm) and then vent or descend them quickly so they can live to fight another day and get big enough to keep if you’re seeing those undersized red grouper out deep. This time of year, once around 80-90ft of water often even that shallow you will have to vent your fish when the water and air are so hot.

The recent 39-hour mid-week trip crushed the plentiful yellowtail snapper, mangrove snapper, almaco jacks, vermillions, porgies and some red grouper to round out the reef fish with some big jacks mixed in as well.

The yellowtail are thick it seems right now, and Will McClure was fishing this trip for fun messing up the yellowtail on a chick rig with around 4o/t hooks and a 30-40lb leader. The weather has made it tougher to get out there offshore lately but that seems to be improving over the week for the next week or so!